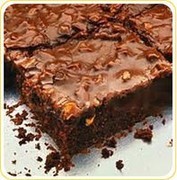 Ever since the 1968 theatrical masterpiece I Love You, Alice B Toklas, pot brownies have been helping people all over the planet feel better. Smoking marijuana and eating marijuana are two different ball games. When you eat a cannabis brownie for instance, you may not begin to feel it effects for up to an hour. However, most people report that when eating medicinal cannabis, instead of smoking it, their highs last longer. Still, old school pot smokers sometimes have a difficult time centering in on the more subtle edible marijuana buzz; they still prefer smoking. Those same old school tokers will still have a difficult time denying the facts that pot brownies:

How to Bake Homemade Pot Brownies from Scratch

Let’s keep this simple and effective. Here’s a checklist that you’ll need for your kitchen before you begin making your marijuana brownies:

Bake some of your own weed brownies today and gift them to your family and friends. Everybody loves pot brownies!

First, preheat the oven on bake to 350 degrees Fahrenheit and grease a 9 x 5-inch bread pan (size of a loaf of banana bread). Next, combine the flour, cup of cane sugar, 1.5 tsp cinnamon, baking powder, salt, baking soda, oil, buttermilk, vanilla and eggs in a large mixing bowl. Mix for 3 to 5 minutes and subsequently pour into the greased or buttered pan. Next combine the remaining 2 tbsp. cane sugar, tsp. of cinnamon and canna butter until the consistency is crumbly and fairly dry. Sprinkle over the top of the batter in the bread pan, place in over for 48 to 52 minutes, serve and enjoy. 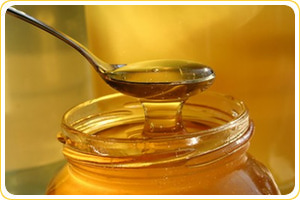 Place medium pot over medium-low heat on the burner. Place the whole bottle of corn syrup in the pot, allowing it to heat up for 2 to 3 minutes. Now place ground up cannabis in the pot, stirring them thoroughly. Allow to continue heating for an additional 5 minutes, stirring constantly. Turn heat down to low and continue cooking, covered, for an additional 4 hours, stirring occasionally. Remove from heat and use a fork to strain out chunks of cannabis. It will be very hard to strain this mixture through a conventional strainer. Some bits of cannabis chunks left in the syrup will be fine. Store in mason jars in refrigerator until ready to use.

First, cook the sausage in a Dutch oven on high heat. Once cooked, remove the sausage and drain on paper towels. Turn heat down to medium and add 3 tbsp. cannabis olive oil, while whisking in the flour. Continue whisking continuously for an additional 3 to 5 minutes. Now add the onion, garlic, celery and bell pepper to the Dutch oven. Cook for 5 minutes, stirring constantly. Next, mix in the chicken broth, tomatoes and cajun seasoning. Bring this to a boil, reduce heat to low and simmer for another 5 minutes. Now add the chicken and sausage, cook for 5 minutes and serve over rice.